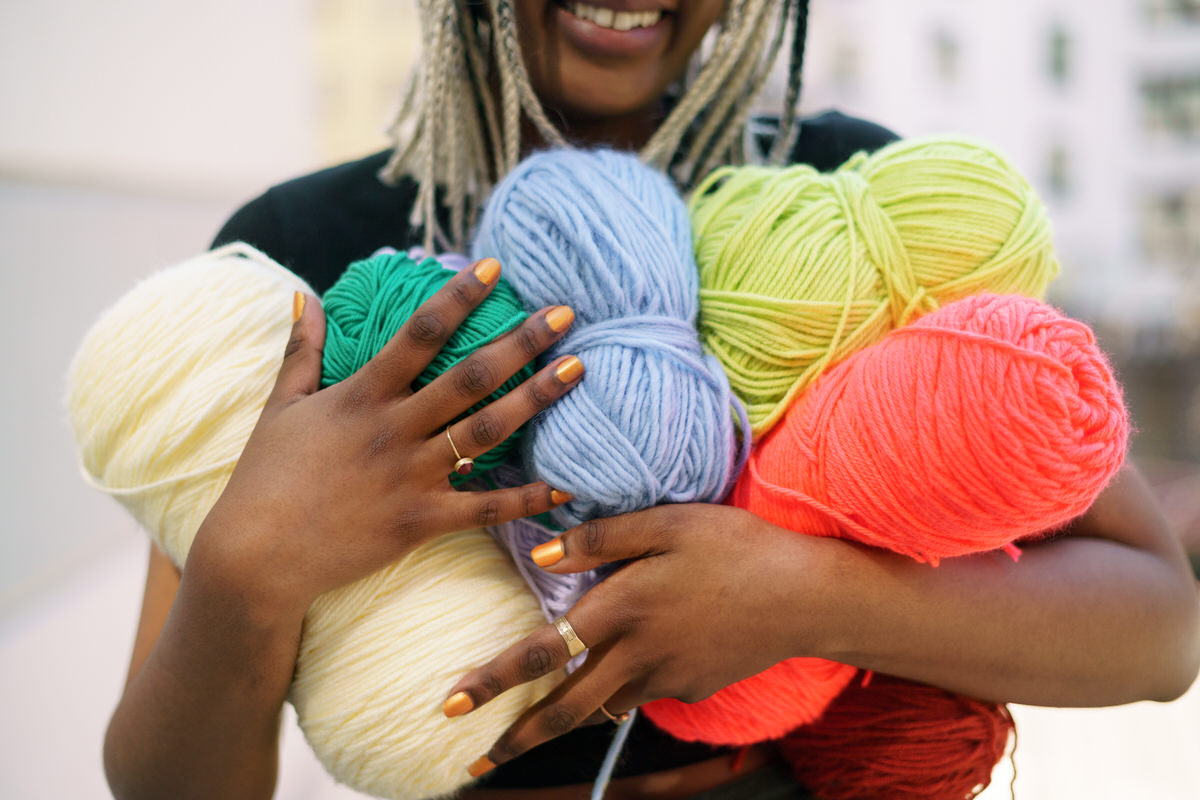 As I pulled up in front of Aliyah’s apartment building, I noticed how beautiful Prospect Park looked in the sunlight.

I had just driven from New Jersey and over the Brooklyn Bridge and people were soaking up the sun rays, distanced from each other but enjoying it all. Aliyah greeted me downstairs as we walked up to her apartment, her boyfriend Ryan saying hello before leaving for his day.

She asked right away if I wanted a coffee to drink (almost as though she knew my obsession) and mentioned how she only had Macadamia milk, “If I have to spend any money, I will splurge on Macadamia milk,” she said laughing.

While she put together my latte, she mentioned how she was a Barista right before the pandemic in Soho! I could tell she knew what she was doing as she pulled the espresso and frothed the milk. That first sip was so good and smooth! We reminisced about our Barista jobs, me in Amsterdam and her in Soho, and how the social aspect was usually the biggest part of the job. 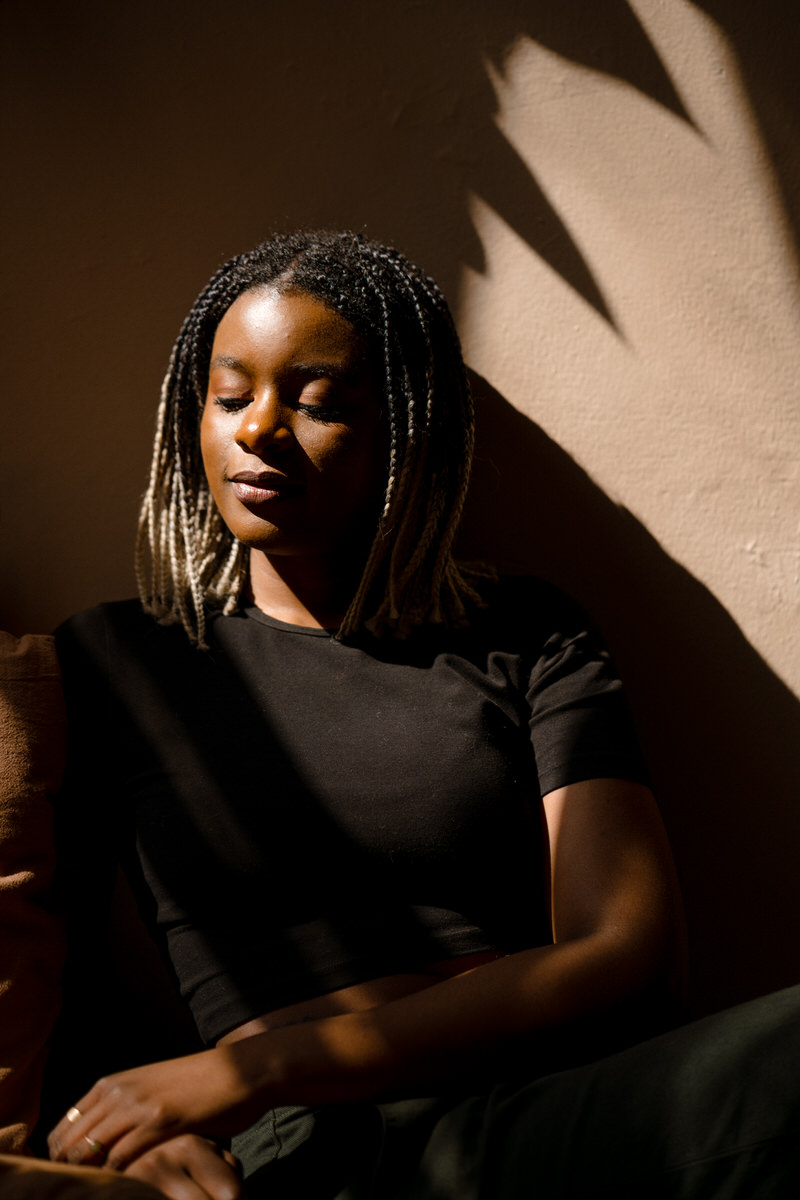 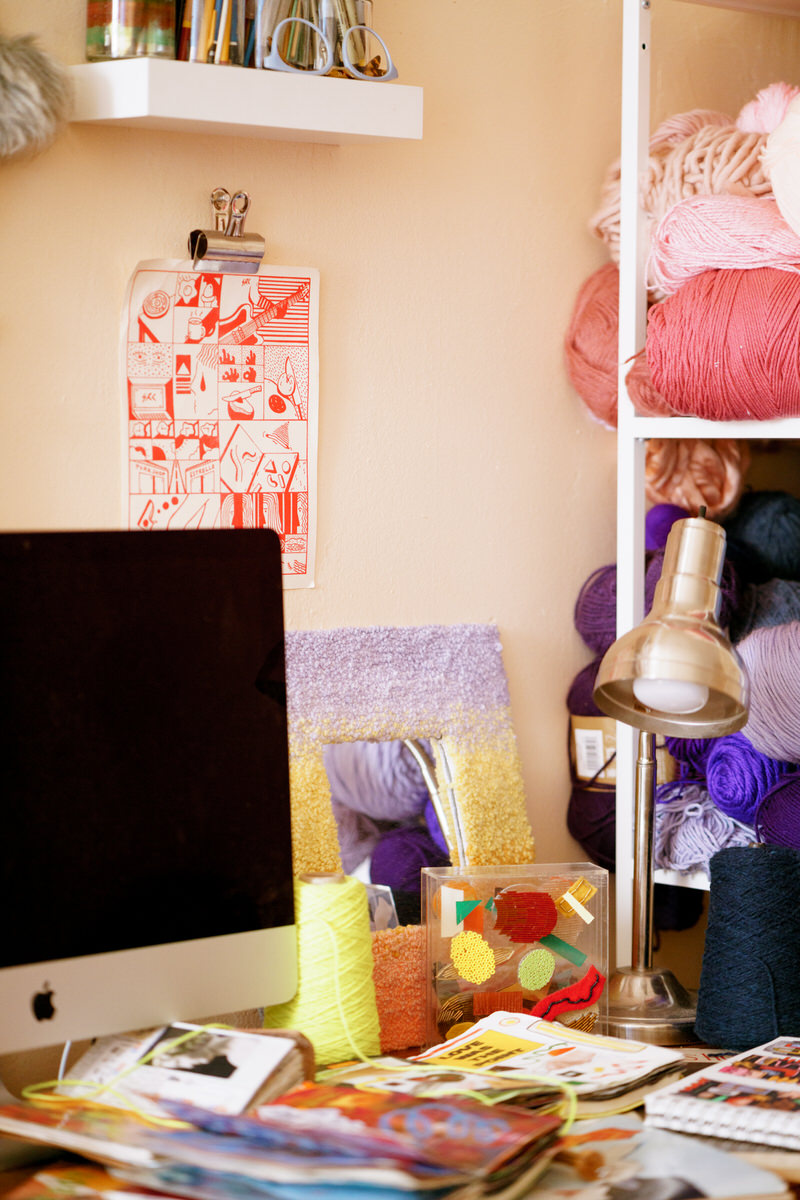 The topic of understanding each other as people came up, and that we’re often viewed as flat, 2-dimensional people.

Aliyah mentioned she is a full human with likes, dislikes and stories within her. Most people often assume that she is African-American just from looking at her and categorized into a box from that first sight. While she was born and raised in the USA, her background and ethnicity is actually from Guyana and Jamaica!

Her family always kept her culture a part of her. Many trips to Guyana as well as Jamaica allowed her to grow up knowing what it’s like to have nothing, and to appreciate people and what we have present. Her showers would be using buckets of water in Guyana, and it brought up the topic of how in the USA we often judge on physical appearance instead of integrity of people.

We look at outward, visual representations of wealth to determine trust, instead of speaking with people and understanding their history.

The tendency to also denounce a certain way of living based off what we think is ‘right’ or ‘good enough’, is definitely rooted in privilege, racism, and white supremacy in the United States of America.

I remember talking to Aliyah about a time when I visited Chile and a stranger (now good friend) offered his home to sleep in, but it was a tent on his roof. I was frozen thinking, “THAT’S where I have to sleep??” He didn’t have a sink or a working toilet as the house was under construction, and that experience made me understand how wrong I was in judging on what determined ‘good enough’. He was kind, easy-going and offered me a place to sleep and that’s what should matter.

Following our heart is important.

The hearts of others and our own speak a lot when we listen to it, especially when the heart is open to different cultures and stories. There isn’t one way to do things in life and people are more than their outward, physical appearance. 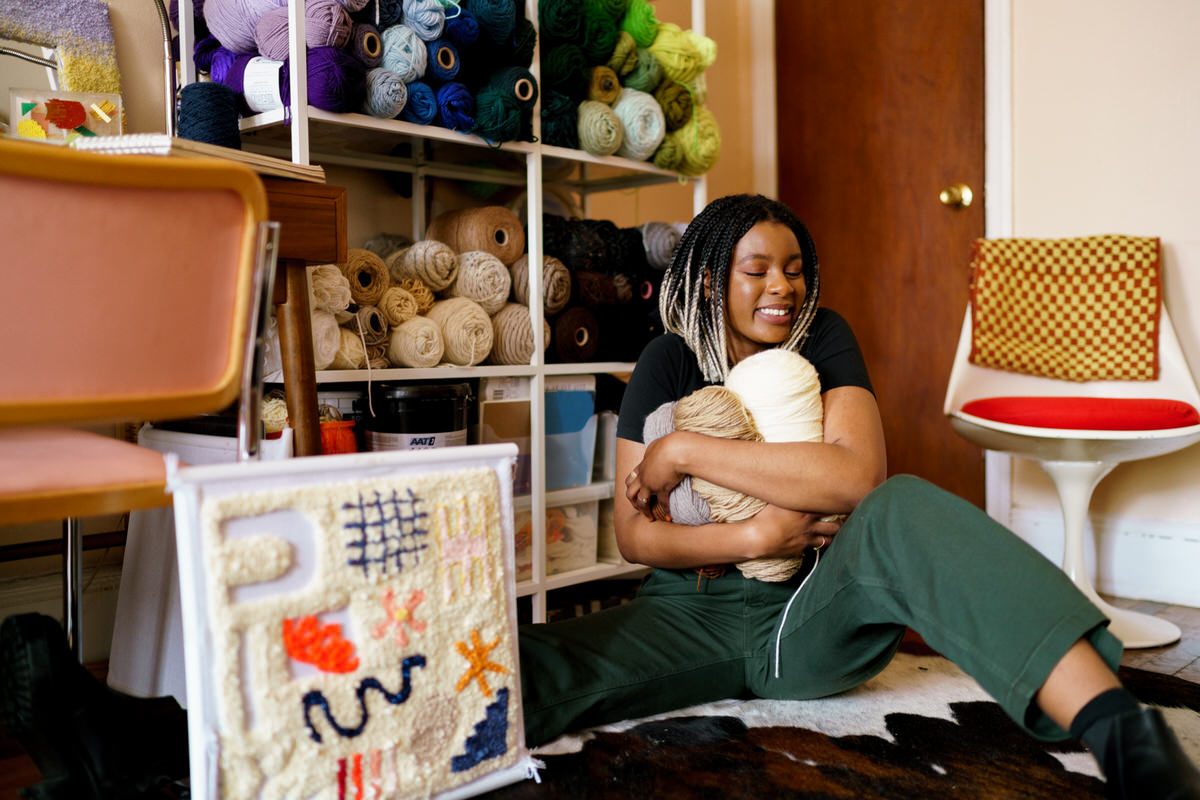 What I felt about Aliyah is that she was very grounded in who she was and what she believed in. Her smile wide and her thoughts in-depth. The sunlight that flickered in and out of her window touching the yarns she organized so wonderfully on her shelves and her dog Ernie resting on the bed, listening to our conversation. She made me feel welcomed the moment I entered and gave me her story so openly, the time flew by as we chatted.

“From like a very young age, I had always especially been in a predominantly white area, I always understood like, “Oh, I’m different, because I’m black.” And it wasn’t my parents, [they] never made me feel like that, it was of course everyone else who made me feel like that. And my parents always did a very good job of keeping me interested and keeping me invested in our individual cultures. I went to Jamaica and Guyana a bunch of times when I was a kid. And I really think that them taking me on those trips… kept me aware of how privileged I was being able to have a roof over my head, a quality education and clothes that I liked… I could always take comfort, knowing I had stability, and I had food, I had parents who loved me. In Jamaica, and Guyana, of course, things are very different, depending on where you are, and some of my family has money and some of my family still need help. And it’s no one’s fault, other than just where they’re located. And I never really understood that being here, because it’s really an American mindset to put the fault of your situation on you, as opposed to the contrary, in the systems and institutions at large.” ~ Aliyah 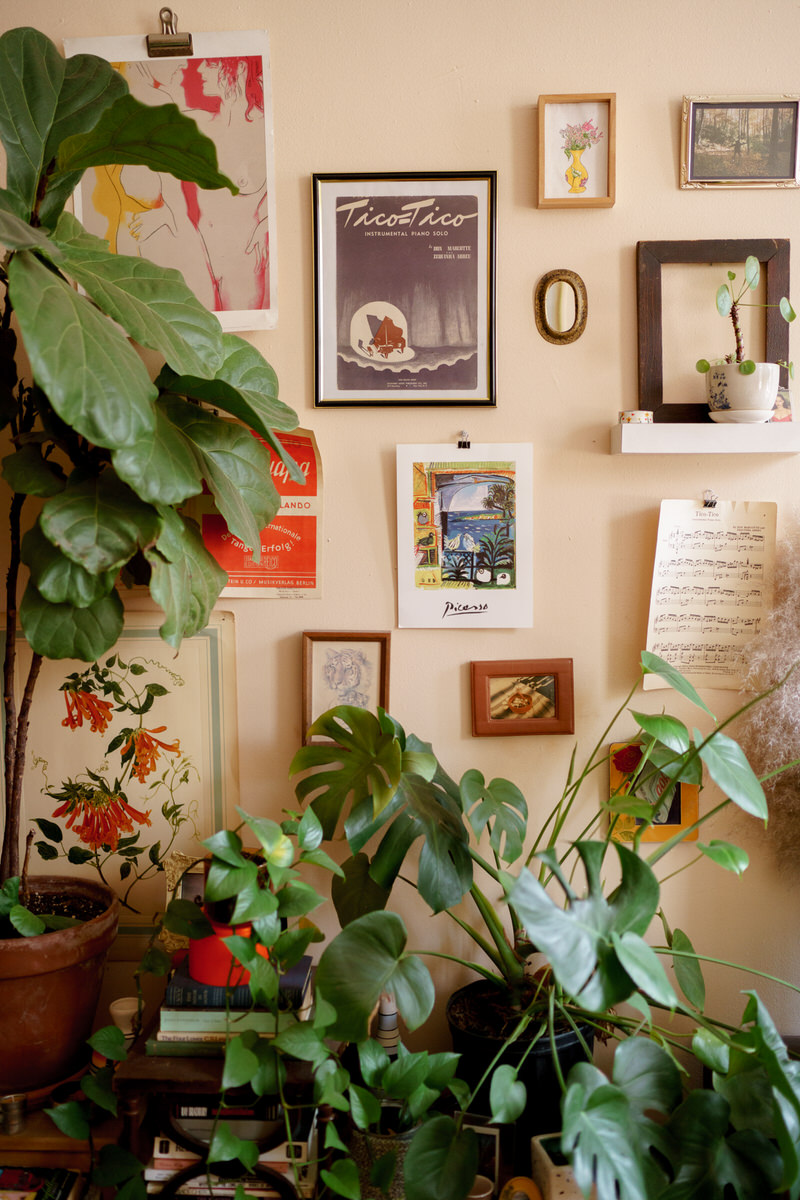 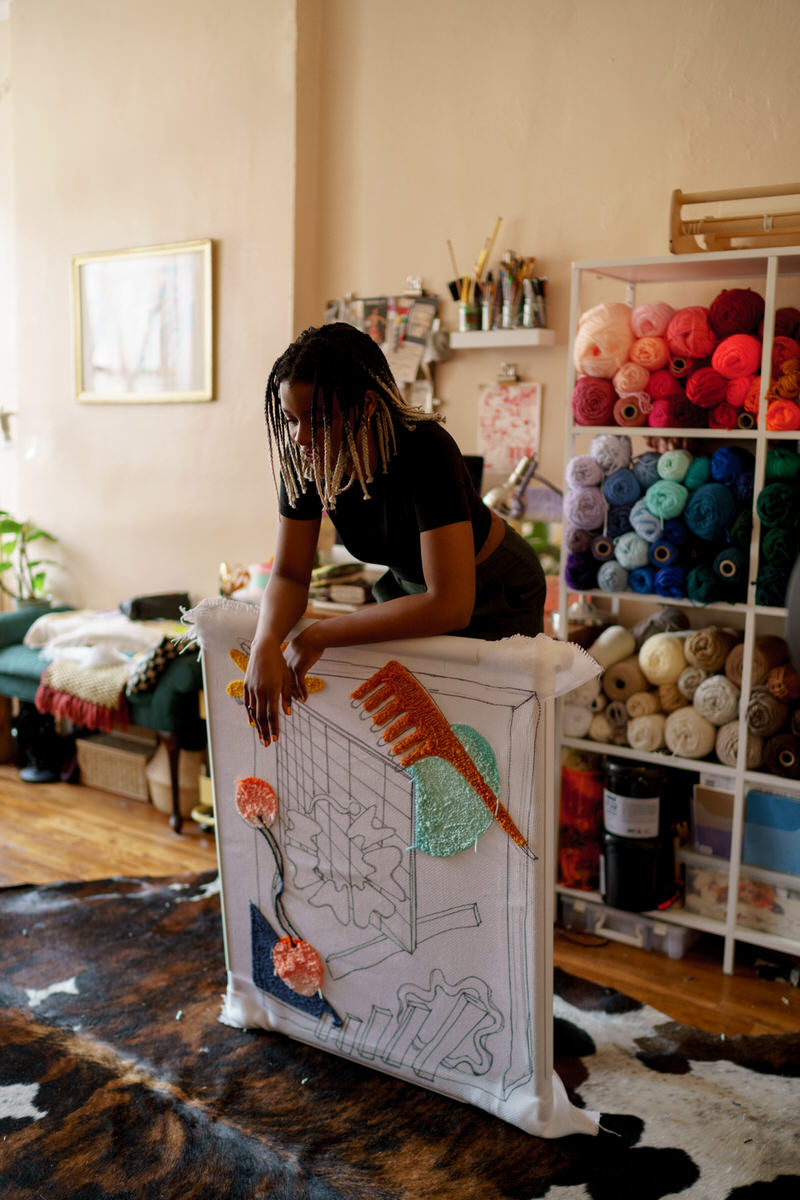 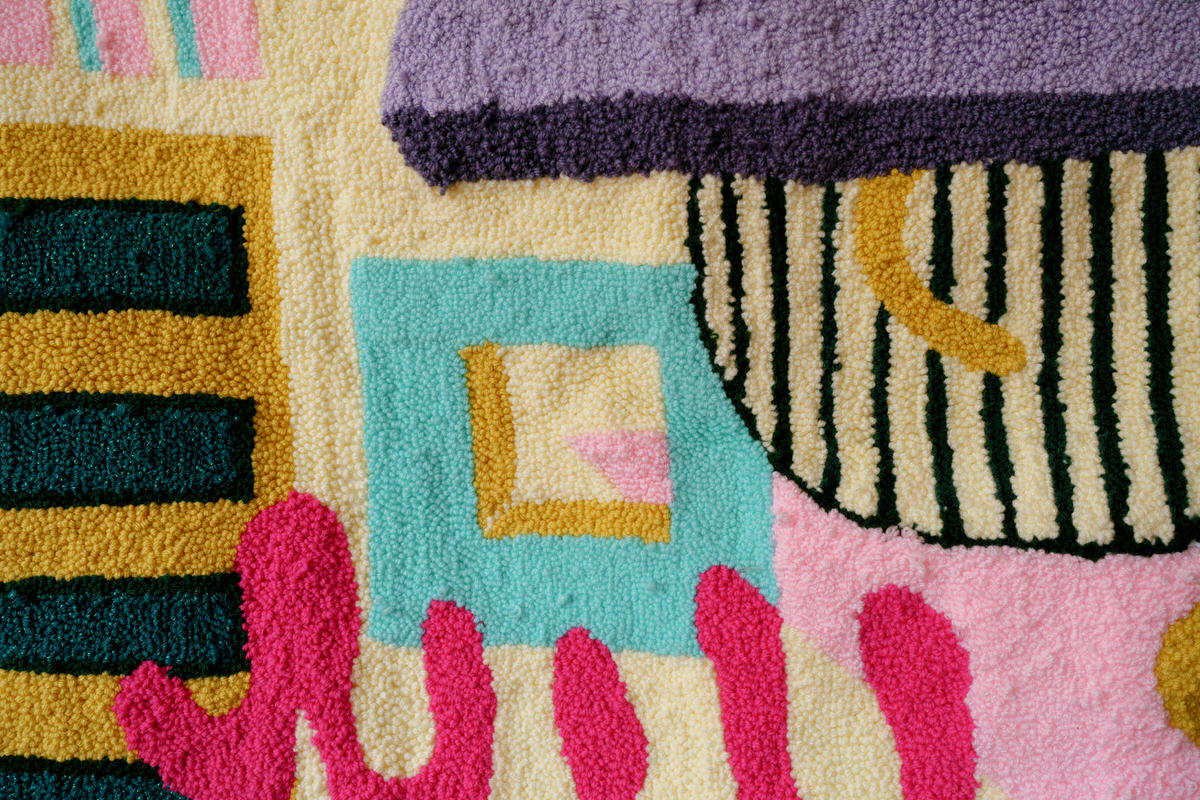 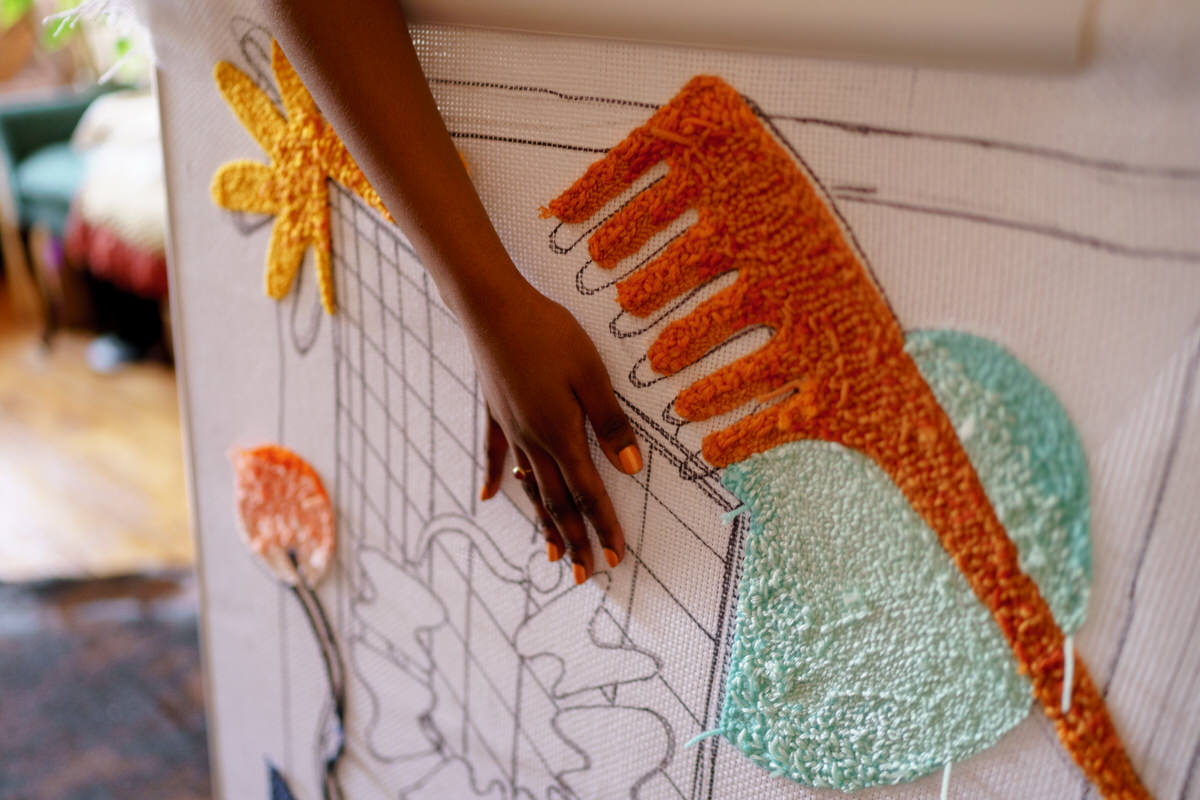 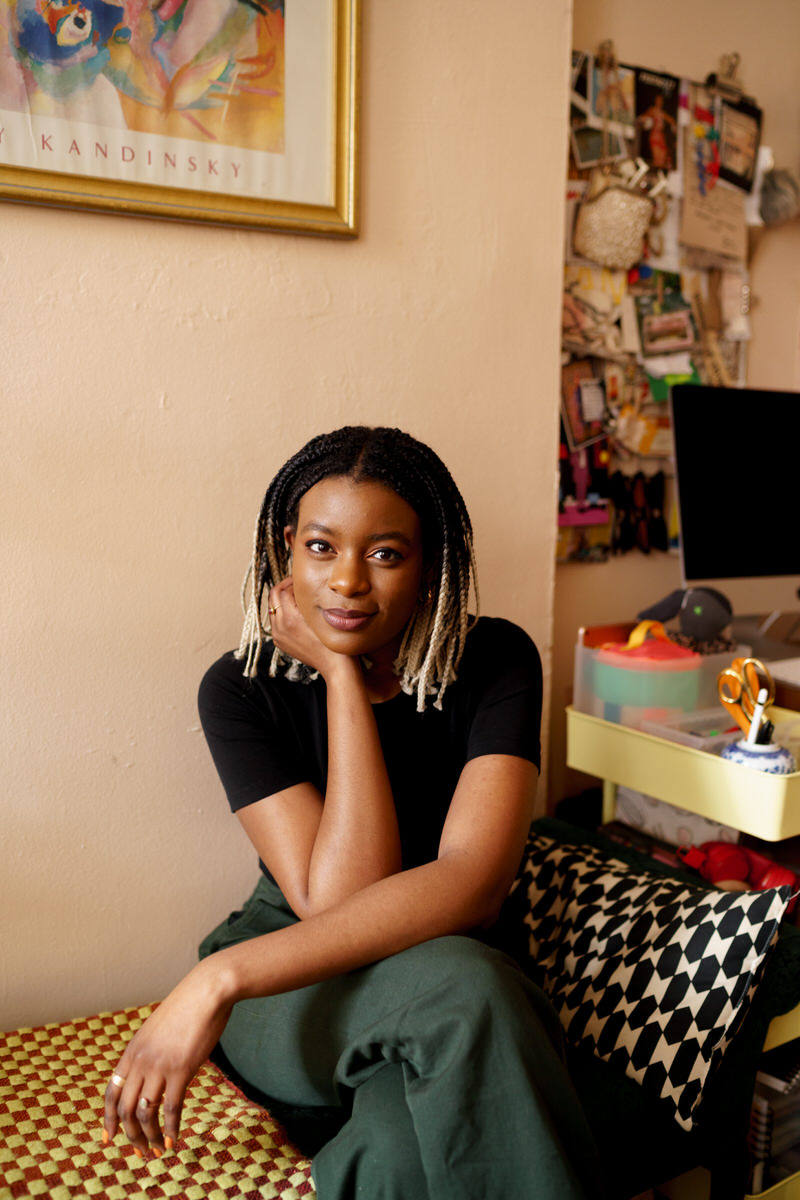 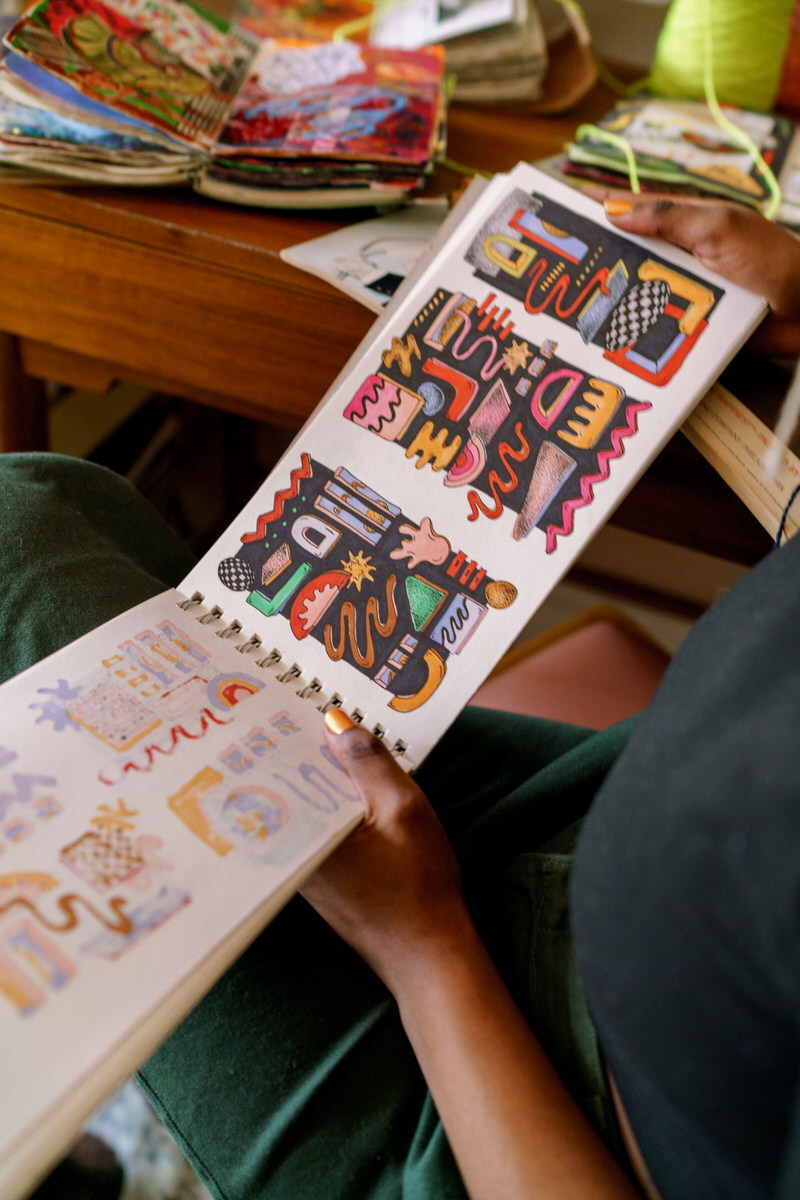 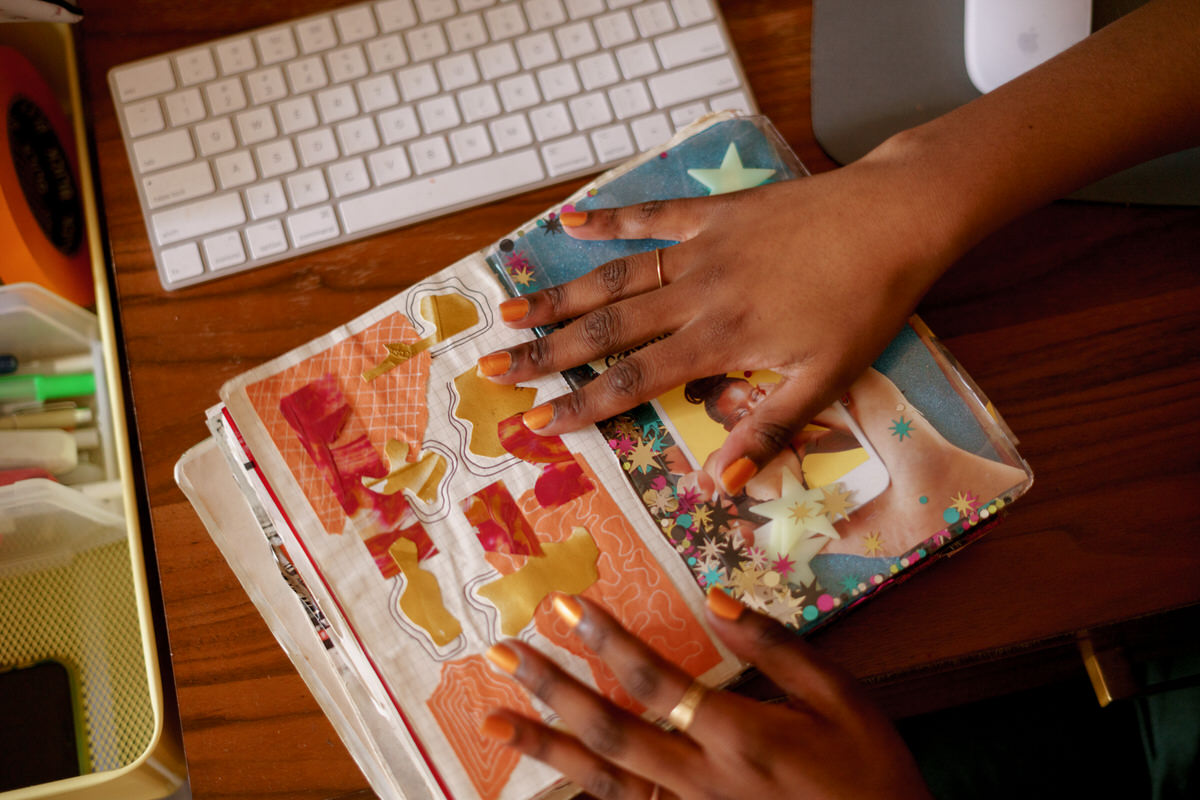 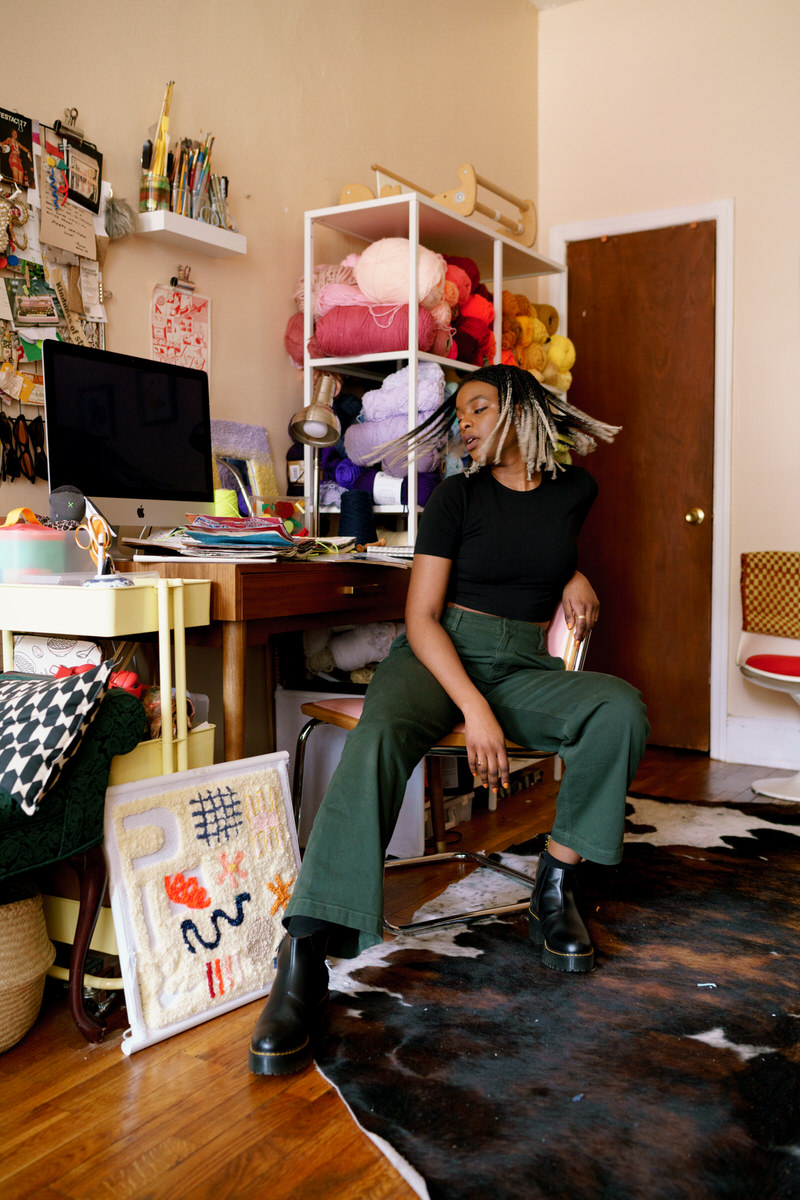 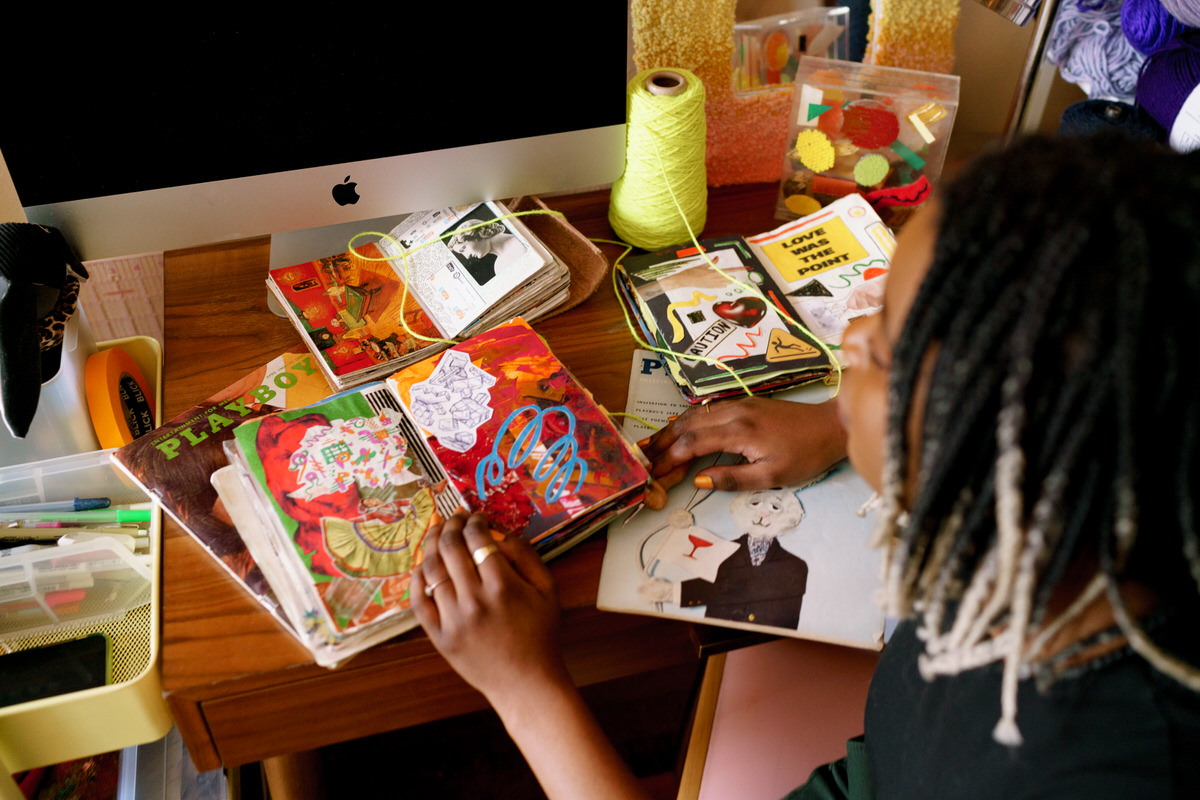 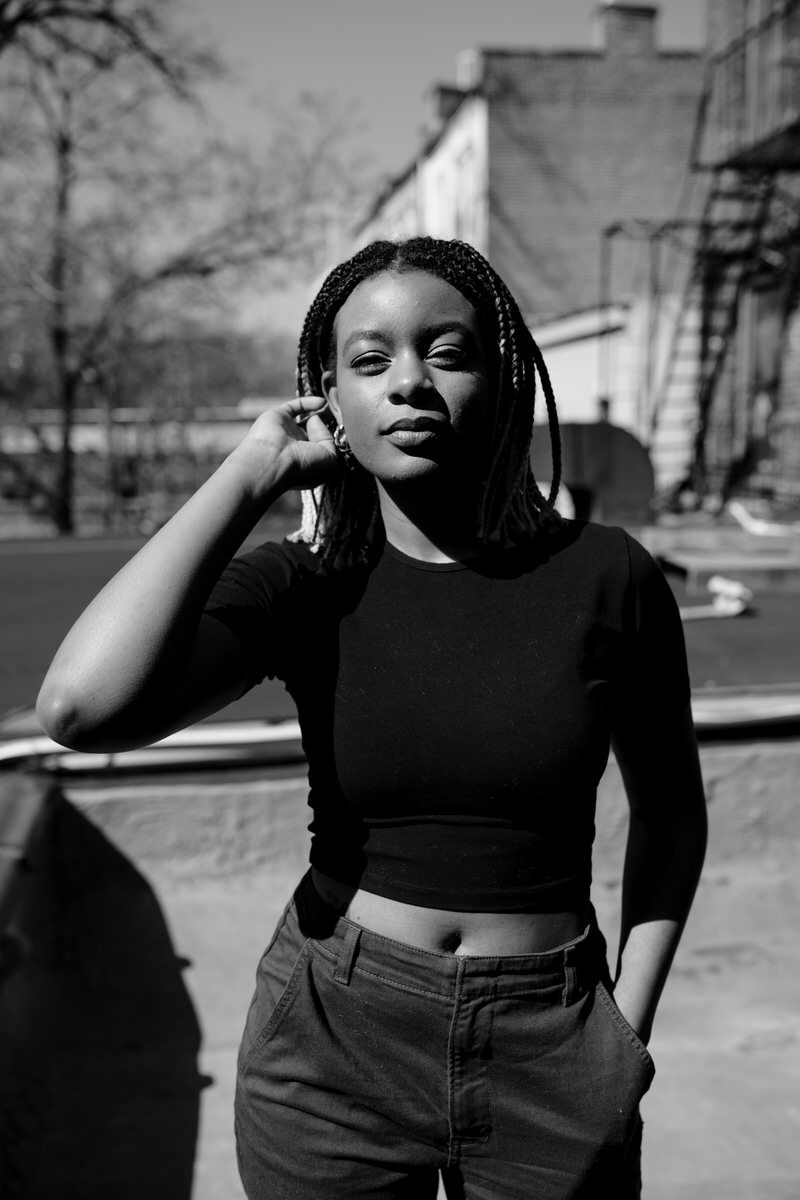 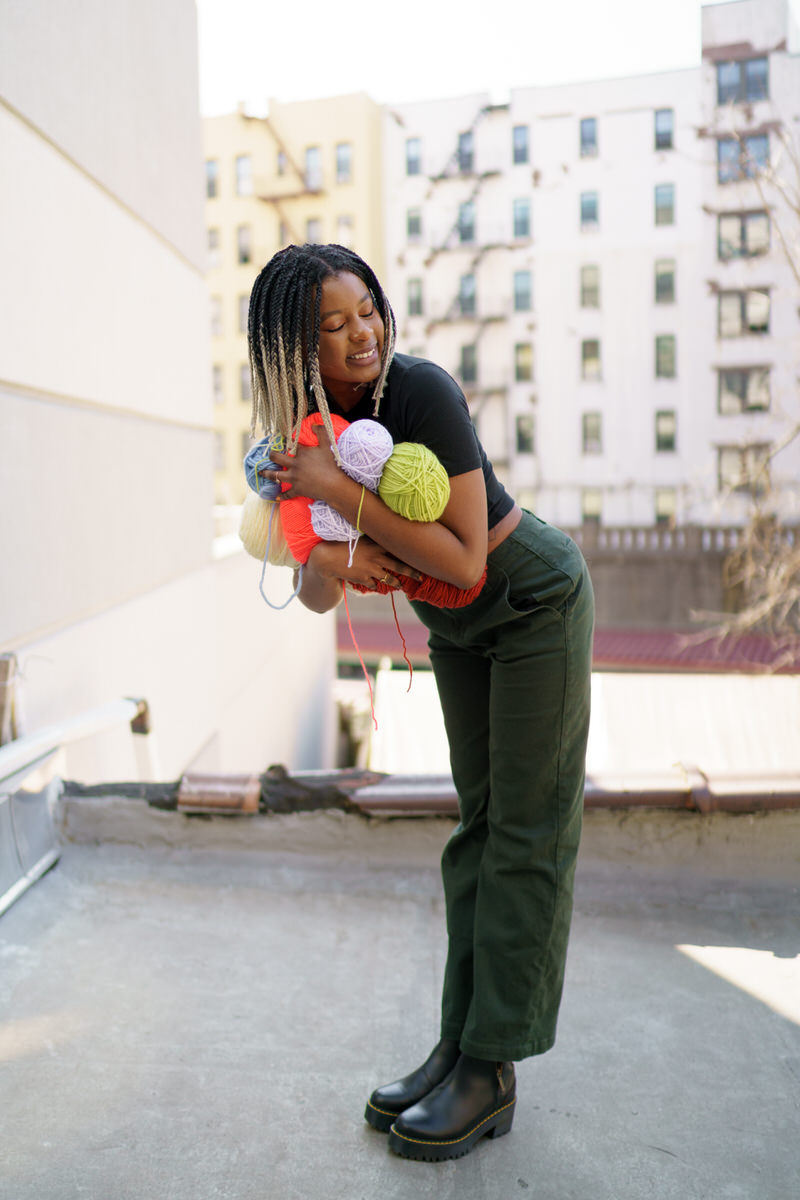 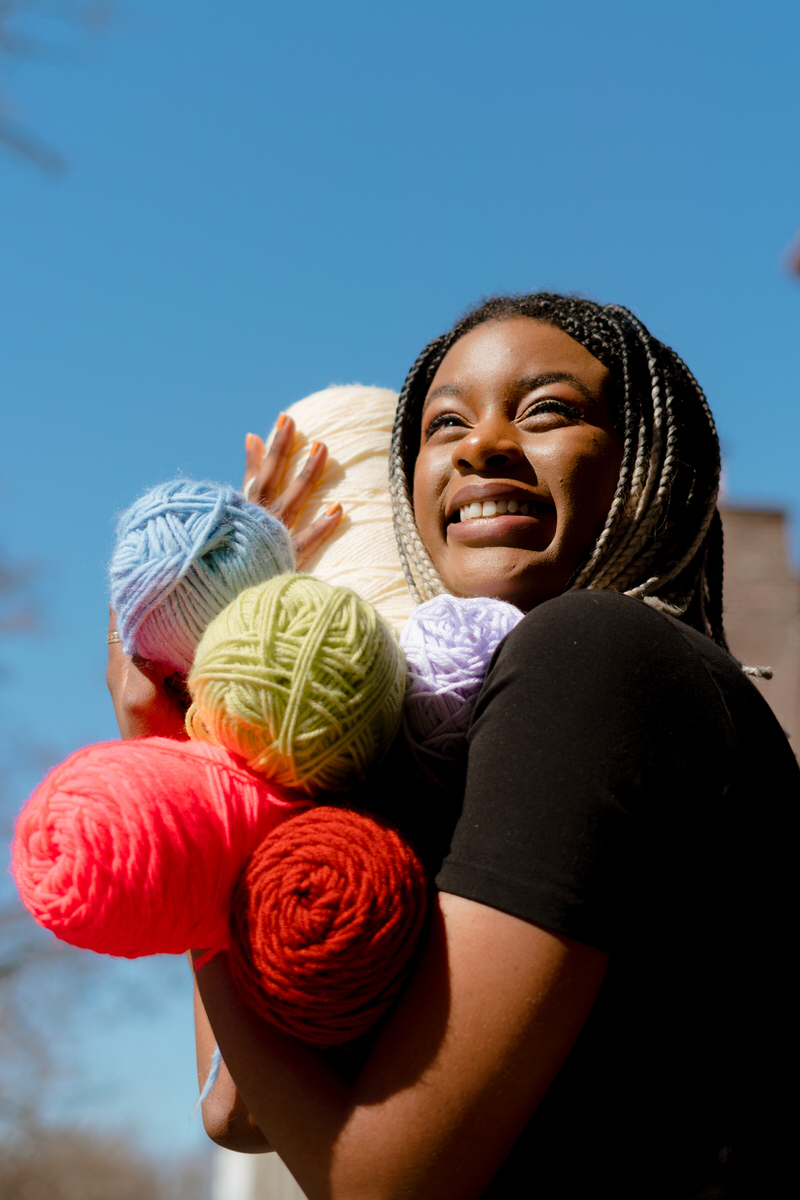 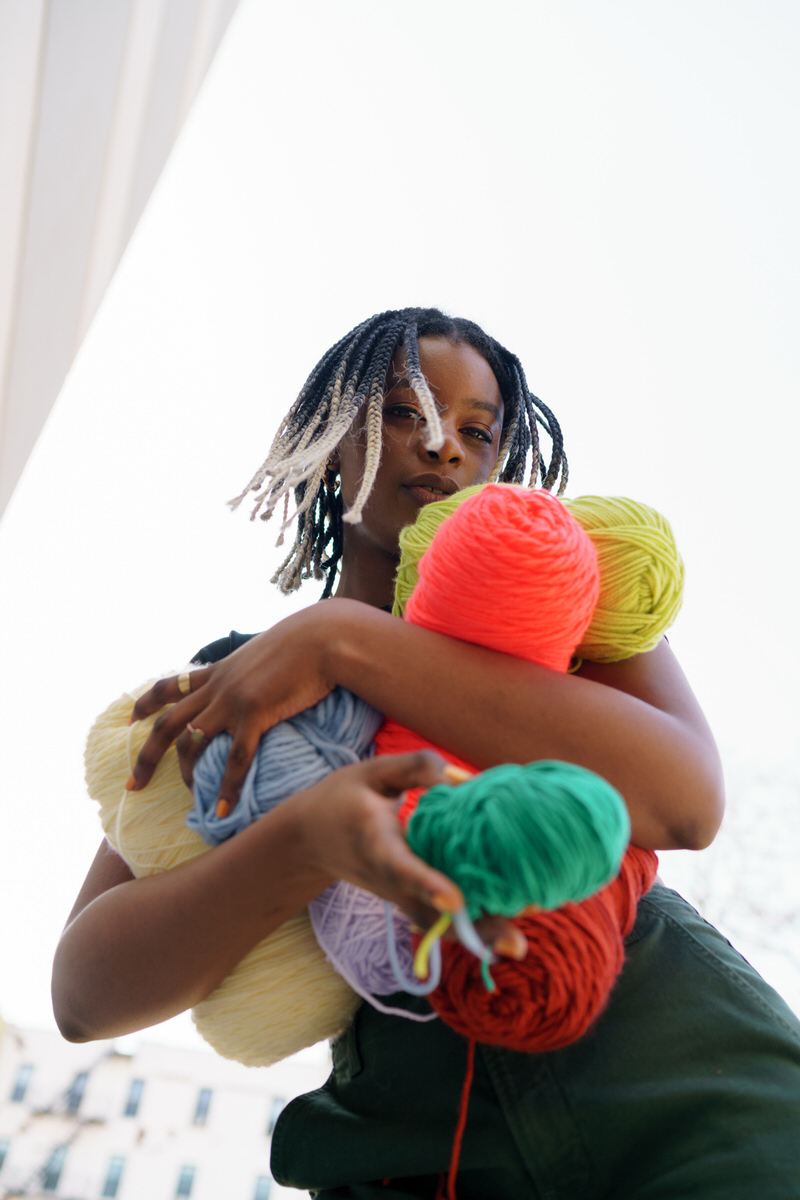 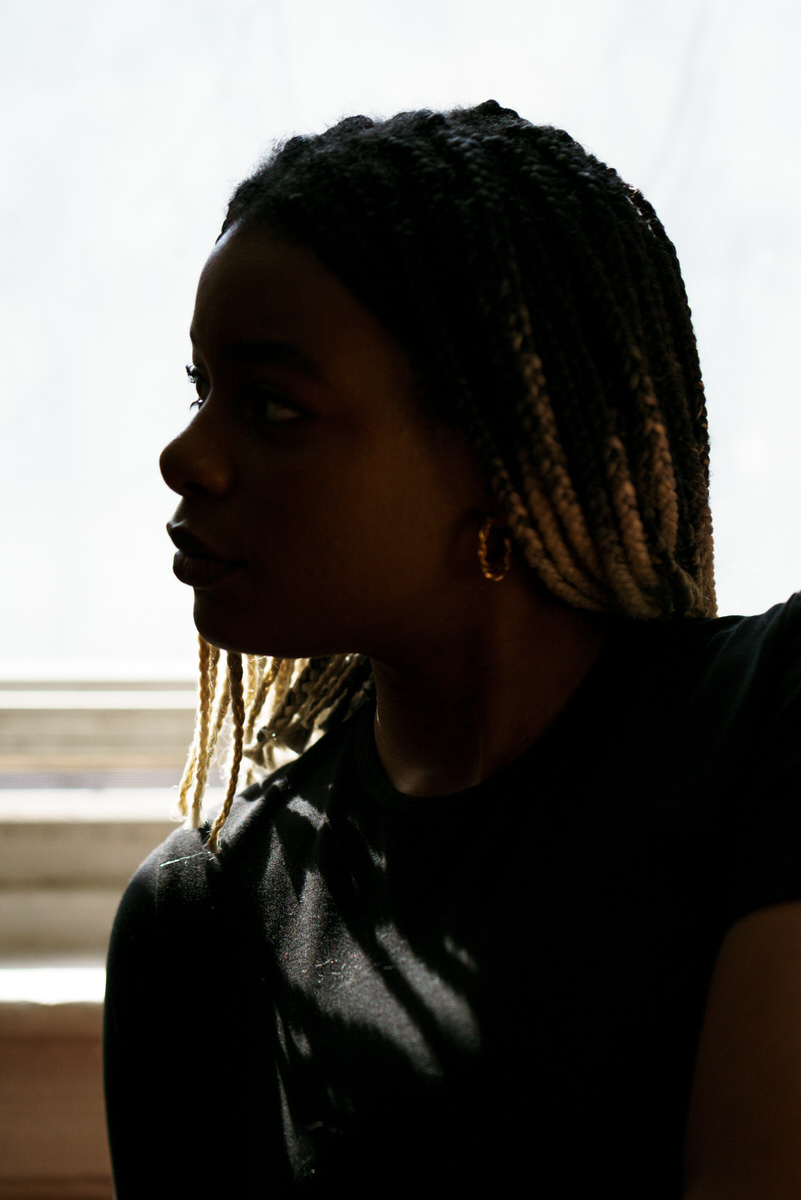 Aliyah is a textile artist based in Brooklyn, NYC. Her favorite colors are a neutral, off-white yarn to the boldest teal. She creates ‘yarn paintings’ using the art of rug tufting. Find her online: @tyrabanks_official

All images by Megan Arina Photo.