My destination travel adventure to the south in Puglia, Italy – and a good talk.

I was having a conversation with my friend about the fact that we’re always on the lookout for something new, better than before, the “real” life of someone in another culture. I have to admit I’ve been like that. He even called Italy a sort of theme park because of the way tourists and travelers treat its heritage – we all want the “real” Italy, the food, the sights, the lifestyle. But we don’t really want it, was his argument – the people asking for “real” Italy are people who want the best table service, the cleanest rooms, the best food by an acclaimed chef. The realness of any place comes from where it started, and usually it started from a more poor side of the country. So he claims, no one wants the true Italy.

So I wonder what people want when they travel – the real life where maybe you see garbage, or rundown stores with far too little aisle space, or what they mention: the “real”, the best parts of the country served up on a plate, table service. I always thought that by saying I wanted the authentic life, I meant the culture of the people and not the extras. Not the dreaded ‘touristy’ kitsch things. I really don’t want to be stuck in crowds of people and wait in a line for some hyped up gelato place, something that will definitely happen in Italy.

But I should just be present, nothing added. Why add real to it? This place is already real. 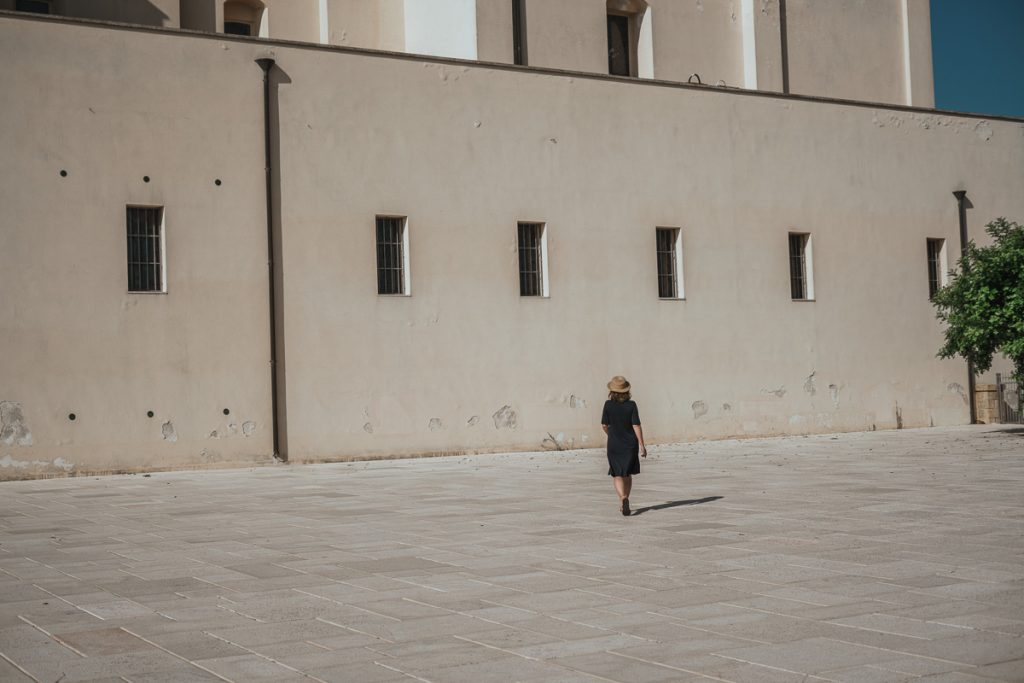 Let’s get to the travel series with that in our brains. I think I’m ready!

I stayed in Puglia in a town called Leporano, nearby Taranto, for a week. It’s a place where you eat a nice breakfast at home, tend to the garden, help prepare the lunch, and you’re off to the beach. It’s quite a lax lifestyle without deadlines or schedules. The beach was to cool down and the ‘thing’ to do in the time you had there! (If you can tell from my Cannon Beach series, the beach always finds me…) Around two o’clock you would return and eat a full lunch. Always super tasty and filling, resulting in people falling asleep around the house. Naps are definitely the favourite pastime around here! It was nice to feel like there wasn’t a schedule to stick to after having an insane schedule all summer.

I was super intrigued by the work of the grandfather – always using his hands, working and peeling figs, or crushing fava beans with a rock and stone. I couldn’t help but get my hands to work as well, attempting to learn how he worked it. The language barrier was small, amusing really at times!

We also looked over the drying figs on bamboo pallets and tic-tic-trakked (his most used phrase) fresh figs off the young and old trees. Figs really aren’t a thing from where I’m from in Canada – so, I swear I ate a lifetimes worth while there. They are so tasty. So easy to eat ten at a time, so be careful – don’t be like me and eat almost an entire bowl. Shhhh…

You’ll also see some pictures from our visit to the southernmost tip of Italy called Leuca. In a word: peaceful. I’ll leave the photos to do the talking.

So something to think about for your next trip. Visit a place, and throw yourself in there. Observe, forget what you are used to or what you expect. No place is for amusement, but to appreciate the world as it has grown. Enjoy the series!